Check out everything that's going on here in Twillingate

The Royal Canadian Legion, Branch 21, Twillingate, will be having a Memorial Day Observance on Friday, July 1, 2022, at the War Memorial. The service will begin at 11am.

Memorial Day has been observed annually since 1 July 1917, to recall the losses of approximately 700 soldiers of the 1st Newfoundland Regiment from the Dominion of Newfoundland at Beaumont-Hamel on the first day on the Somme during the First World War. Since the induction of Newfoundland into Canada in 1949, “Memorial Day” has been amalgamated to commemorate the sacrifices of members of the armed forces of the Canadian province Newfoundland and Labrador in times of war. It is observed concurrently with Canada’s national holiday, Canada Day. https://en.wikipedia.org/wiki/Memorial_Day_(Newfoundland_and_Labrador). 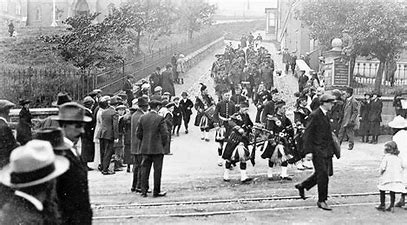 The Town of Twillingate is the Iceberg Capital of the World, providing municipal services to the town’s residents and growing business community.